No Need to suffer

As human beings we hate to suffer. We'd all rather live a life free of car wrecks and cancer, burglaries and bankruptcy. It’s no surprise most of us will do just about anything to avoid pain.

When we look into suffering, we find that at the root of it lie past and future thoughts that focus on me. It's these thoughts—self-indulgent and often neurotic—that cause all our emotional pain.

What then do we do about the me and the thoughts that cause emotional suffering?

One way to subdue the suffering is to investigate me and the thoughts that prop it up. Who is this me we hold in such high regard? Who is this person that for years we’ve assumed is solid and real?

Note....Though in abiding in presence emotional pain dies off, that doesn’t mean there's never any pain to deal with. Physical pain comes with the territory of being human.

Still, even physical pain is easier to handle when we‘re not identified with the body or the thoughts that trouble us.

Ramana Maharshi, one of modern India‘s most beloved sages, knew that people preoccupied with the whirlwind of everyday life found it hard to quiet their minds. For them he recommended a simple practice. He called it vichara or self-inquiry.

Here, in his own words, Ramana describes self-inquiry:

When thoughts arise one should not pursue them, but instead inquire, ‘To whom did they arise?’ The answer that would emerge would be ‘to me.’ Thereupon if one inquires ‘Who am I?’ the mind will go back to its source.

Who is it that cannot stop thinking?

Who’s afraid of getting cancer?

Who thinks his life is a mess?

Who thinks she blew it at work?

The aim here is not to respond to “Who am I?” with some ready phrase such as, I am a dentist, I am a meditator, or I am Consciousness. If we‘re silent, the answer that comes is removed from logic. Wordless, it‘s ultimately found in surrender.

A word of caution—it‘s possible to turn self-inquiry into a how-to technique. If we doggedly repeat the question as if it were a mantra, the technique only magnifies the me sense. Rather than the mind achieving a goal, self-inquiry is about letting go into the wondrous emptiness of not knowing.

All misery is created by the activity of the mind. Can you let go of words and ideas, attitudes and expectations? If so, then you will see truth is always available, always responsive.

Acceptance of pain takes you much deeper than pleasure does... the personal self by its very nature is constantly pursuing pleasure and avoiding pain. The ending of this pattern is the

ending of the self.

Keep the attention fixed on finding the source of the ‘I’ thought by asking, when any other thought arises, to whom it occurs; and if the answer is ‘to me,’ you then resume the thought: Who is this “I“ and what is its source?

The Teachings of Ramana Maharshi, edited by

The question (Who Am I?) is like root canal surgery. Once it gets to work it removes the root... When you totally concentrate on this question, all personal history is slowly but surely annihilated, since in this question no person can exist anymore. 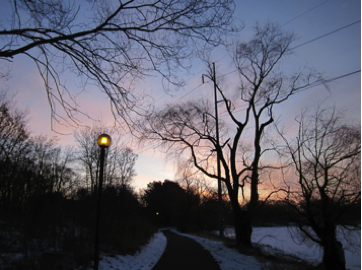